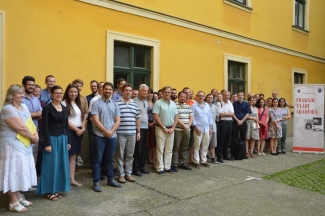 In order to integrate more efficiently a new sub-series has been launched in 2019 by Fraknói Research Group therefore publishing the latest results that are presented in the Summer Academy. The new subseries named ’Lectures on Fraknói Summer Academy’. In the first part Bitskey István’s lecture has been published named as 'Bishops in the border castle'.

This publication is now being followed by new ones by István Fazekas 'Bishops of Eger at the Court of Vienna (16th-17th centuries) and by Béla Vilmos Mihalik 'Milestones and turning points in the history of diocese of Eger (1699-1761)'  (CST III/3–4).

Next Summer Academy going to be organize in Győr and partly in Pannonhalma.