The operational framework of the agents in Rome, who represented certain local churches, national communities, namely the representatives in the 19–20th century is less explored than that of their colleagues’ work in the 16–18th century. It is encouraging to note that more and more researchers deal with the interesting yet challenging unfolding of this role’s nature. The Fraknói Research Group organised a grandiose academical session, “The Agents of Foreign Communities and European-American States in Rome”, in Budapest, in the palace of the Hungarian Academy of Sciences already in September 2018. Later on, the lecturers analysed the actions of the agents in the 15–18th century, and then in 2019 they turned their attention to the 19–20th century on another international conference where Italian, Austrian and Hungarian academics were at present in the Eternal City.

On 10th of November 2021 Péter Tusor held a lecture about 'Hungarian historical researches at Vatican Archives' at József Eötvös Collegium in Budapest.

The Vilmos Fraknói Vatican Historical Research Group of the Hungarian Academy of Sciences and the Péter Pázmány Catholic University was established in the June of 2012 as the ‘Impetus’ Church History Research Group in the frame of the Church History Research Institute of the University founded by Rector Péter Erdő in 1999. It carries on independently the latter’s publications (Bibliotheca Historiae Ecclesiasticae Universitatis Catholicae de Petro Pázmány Nuncupatae) and researches in Rome and in Vienna, with the involvement of academic and other funding sources. 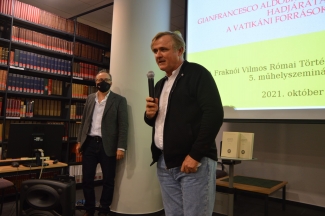 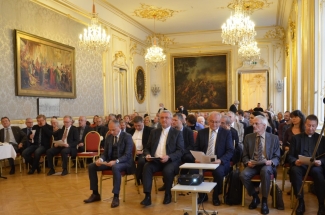 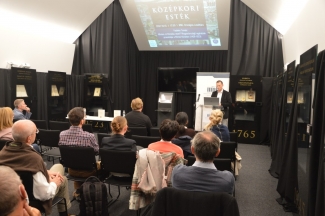